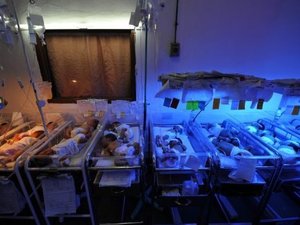 Preventable diseases like pneumonia, diarrhea and malaria claimed the lives of nearly five million children younger than five in 2010, a paper in The Lancet medical journal said Friday.

A total 7.6 million children died in the first five years of their life that year, the authors said, and warned the world was not on track to meet the Millennium Development Goal of reducing child mortality by two-thirds by 2015.

Two in every five deaths occurred within the first 28 days of life.

"Preterm birth is now the second leading cause of child death after pneumonia, and is likely to become the top cause of death by 2015 unless rapid scale-up of available interventions occurs," said the report.

Five countries -- India, Nigeria, Democratic Republic of Congo, Pakistan, and China -- contributed to almost half the deaths of children younger than five.

While child deaths have declined by about two million or 26 percent since 2000, when the goal was set, this was not enough, the authors said.

The attainment of the goal "is possible only if life-saving maternal, newborn, and child health interventions are rapidly scaled up in high-burden regions and countries and across major causes in the next few years."