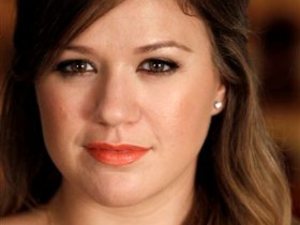 A video featuring cancer-stricken children, their nurses, doctors and parents lip-synching and dancing to the popular Kelly Clarkson song "Stronger" has become an online sensation.

Clarkson, in her own video message to the children at Seattle Children's Hospital, said it was "amazing."

"It made my day. I know it's making everybody else's day online," Clarkson said in a message posted on her website. "I just can't wait to meet you."

The youngsters, many attached to IVs and holding signs that say "Stronger," "Fighter" and "Hope," dance along with parents and medical staff. One child even rides a bike through the hallways of the hematology oncology floor. The video is part of a creative arts program with cancer patients at Seattle Children's.

The kids' video went online May 6. It was the idea of 22-year-old Chris Rumble, a patient at the hospital who was diagnosed with leukemia in April. He wanted to do something to share with his old hockey team in the central Washington town of Wenatchee

"I'm everyone's big brother and I have a lot of friends here at Seattle Children's," Rumble said on the hospital's blog.

Dr. Douglas Hawkins said the patients and staff at Seattle Children's have been thrilled by the response.

Hawkins said such projects help the kids maintain their spirits.

"When a child or young adult is treated for cancer, it puts their whole life on hold in a way that doesn't seem fair at all," Hawkins said. "It's a fight for their life. But there are all these other normal things they want to be doing too, or things they want to focus on other than the medicine or the illness or their time in the hospital."