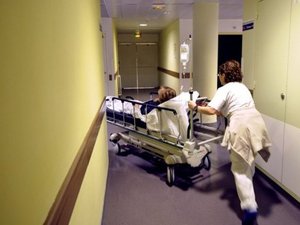 People suffering from HIV/AIDS are at much higher risk than the general population of sudden cardiac death, researchers in California have found.

In a paper published Monday in the "Journal of the American College of Cardiology," two professors at the University of California-San Francisco show incidents of "sudden cardiac death" to be four times higher for HIV/AIDS patients, a result the researchers found surprising, according to a university press release.

"The fact that the vast majority of cardiac deaths were sudden is surprising and implies that we as clinicians need to be aware of this potential health issue among patients with HIV," said Priscilla Hsue, an associate professor at UCSF who was one of the study's lead researchers.

Hsue and her fellow researcher, Zian Tseng, an electrophysiologist, began their study in 2010 after Tseng noticed an alarming trend in separate research analyzing sudden deaths in San Francisco.

"I noticed that many of these cases involved individuals with HIV infection who were dying suddenly," Tseng said in the press release. "I wondered if there was some sort of connection there."

Hsue and Tseng's research focused on 2,860 HIV patients, whose deaths over 10 years were meticulously recorded by San Francisco General Hospital's Ward 86. Ward 86 was the first clinic specializing in HIV/AIDS to comprehensively characterize all deaths, according to the press release.

The study showed that from 2000 to 2009, 15 percent of patients died of cardiac-related illnesses. Of that group, 86 percent died of sudden cardiac death, four times the rate of San Francisco's general population. The study controlled for age, race and other demographic factors.

The study's findings may be particularly important at a time when improved drug treatments have allowed more HIV/AIDS infected people to live longer.

"Now that HIV-infected individuals are living longer with the benefit of antiretroviral therapy, non-AIDS conditions are becoming increasingly important and at the top of this list is cardiovascular disease," Hsue said.