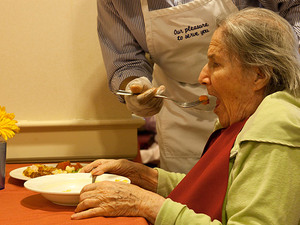 The Obama administration is adopting a landmark national strategy to fight Alzheimer's disease, with an ambitious goal of finding some effective treatments by 2025.

For families suffering today, the first National Alzheimer's Plan offers some help too. Starting Tuesday, families can turn to a one-stop website, www.alzheimers.gov , for easy-to-understand information about where to get help. Doctors also will get a chance to receive training on how to better care for people with Alzheimer's.

Already, more than 5 million Americans have Alzheimer's, a number that could more than double by 2050 as the population ages. Beyond the human toll, the disease is budget-busting for Medicare and Medicaid.