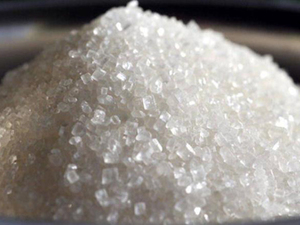 Eating too much sugar can eat away at your brainpower, according to U.S. scientists who published a study Tuesday showing how a steady diet of high-fructose corn syrup sapped lab rats' memories.

One group of rats was supplemented with brain-boosting omega-3 fatty acids in the form of flaxseed oil and docosahexaenoic acid (DHA), while the other group was not.

Before the sugar drinks began, the rats were enrolled in a five-day training session in a complicated maze. After six weeks on the sweet solution, the rats were then placed back in the maze to see how they fared.

"The DHA-deprived animals were slower, and their brains showed a decline in synaptic activity," said Fernando Gomez-Pinilla, a professor of neurosurgery at the David Geffen School of Medicine at UCLA.

"Their brain cells had trouble signaling each other, disrupting the rats' ability to think clearly and recall the route they'd learned six weeks earlier."

A closer look at the rat brains revealed that those who were not fed DHA supplements had also developed signs of resistance to insulin, a hormone that controls blood sugar and regulates brain function.

"Because insulin can penetrate the blood-brain barrier, the hormone may signal neurons to trigger reactions that disrupt learning and cause memory loss," Gomez-Pinilla said.

In other words, eating too much fructose could interfere with insulin's ability to regulate how cells use and store sugar, which is necessary for processing thoughts and emotions.

"Insulin is important in the body for controlling blood sugar, but it may play a different role in the brain, where insulin appears to disturb memory and learning," Gomez-Pinilla said.

"Our study shows that a high-fructose diet harms the brain as well as the body. This is something new."

The average American consumes more than 40 pounds (18 kilograms) of high-fructose corn syrup per year, according to the U.S. Department of Agriculture.

While the study did not say what the equivalent might be for a human to consume as much high-fructose corn syrup as the rats did, researchers said it provides some evidence that metabolic syndrome can affect the mind as well as the body.

"Our findings illustrate that what you eat affects how you think," said Gomez-Pinilla.

"Eating a high-fructose diet over the long term alters your brain's ability to learn and remember information. But adding omega-3 fatty acids to your meals can help minimize the damage."

The study appeared in the Journal of Physiology.

This is a very good reason for SCHOOL CAFETERIAS to stop selling candy and cakes.Parents should also be very aware what students take to school for their lunch, as that can impact on the learning of the students.

I enjoy looking through a post that will make men and women think.
Also, thank you for allowing for me to comment!