WHO: High Blood Pressure Affects 1 in 3 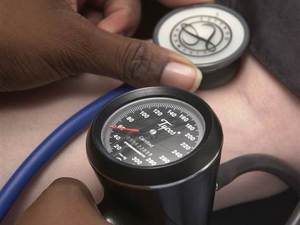 One in three adults suffers from high blood pressure, a key cause of strokes and heart disease, according to World Health Organization figures released on Wednesday.

Canada and the United States have the fewest patients, at less than 20 percent of adults, but in poorer countries like Niger the estimated figure is closer to 50 percent, the U.N. body said.

While wealthier countries have seen their cases drop thanks to effective, low-cost treatments, in Africa many remain people undiagnosed and are not getting help, according to the WHO.

Its World Health Statistics report includes figures on raised blood pressure, and also on blood glucose levels, for the first time this year.

One in 10 people are estimated to have diabetes, rising to up to one third in Pacific Island countries.

"This report is further evidence of the dramatic increase in the conditions that trigger heart disease and other chronic illnesses, particularly in low and middle-income countries," said WHO director general Margaret Chan.

"In some African countries, as much as half the adult population has high blood pressure."

In Niger 50.3 percent of men suffer from the condition, with Malawi and Mozambique not far behind at 44.5 and 46.3 percent respectively.

The report also said obesity levels doubled across the world between 1980 and 2008 and half a billion people or 12 percent of the world's populations are now considered obese.

The Americas have the highest instance, at 26 percent of adults, and south-east Asia the lowest obesity levels at three percent.

The WHO said deaths in children aged under five years dropped from almost 10 million in 2000 to 7.6 million a decade later, with the decline in deaths from measles and diarrhoea-related disease "particularly striking."

The World Health Assembly, the decision-making body of the WHO, will meet in Geneva from May 21-26 where members will discuss new targets on cutting the cases of heart and lung disease, diabetes and cancer.