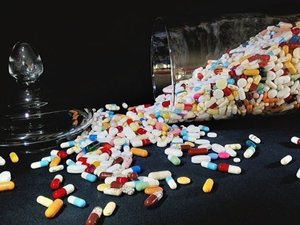 Azithromycin has been on the worldwide market since the 1980s, but the study in the New England Journal of Medicine is the first to document serious heart risks -- up to a 2.5-fold higher chance of cardiovascular fatalities -- in the first five days of treatment compared to another or no antibiotic.

The comparison was based on an examination of patient records in the southern U.S. state of Tennessee from 1992 to 2006.

Researchers at Vanderbilt University compared about 348,000 prescriptions of azithromycin to millions of records from people who were not treated with any antibiotics or who received amoxicillin, a similar medication that is considered heart safe.

The analysis found there were 47 more deaths per million in those taking azithromycin compared to those on amoxicillin.

When researchers examined patients already at high risk for heart problems, the chance increased to 245 additional cardiovascular deaths per million in the azithromycin group compared to the amoxicillin takers.

While the relative number of fatalities was low, researchers said the findings offer new information about possible dangers that doctors and patients should consider.

"For patients with elevated cardiovascular risk and infections for which there are alternative antibiotics, the cardiovascular effects of azithromycin may be an important clinical consideration."

The Croatian pharmaceutical company Pliva first patented azithromycin in 1981, and later struck a worldwide deal with Pfizer to sell the antibiotic worldwide. Pfizer branded the treatment Zithromax and Zmax.

Azithromycin is a macrolide antibiotic that works by stopping the growth of bacteria.

Side effects may include skin rashes, itching, swelling, difficulty breathing or swallowing and rapid, pounding or irregular heartbeats, according to the American Hospital Formulary Service.