Gafo: We Expect the Formation of a Cabinet Soon 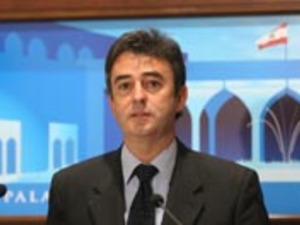 Spanish Ambassador Juan Carlos Gafo expected the Lebanese government to be formed soon and stressed his country’s support for the course of justice in ex-Premier Rafik Hariri’s assassination case.

In remarks to An Nahar daily published Tuesday, Gafo said that Premier-designate Najib Miqati told him that the cabinet would be formed a few days after the rally at Martyrs Square on March 13.

The ambassador unveiled that Spanish Foreign Minister Trinidad Jimenez arrives in Beirut on Wednesday on a two-day official visit aimed at expressing support for Lebanon’s sovereignty and stability.

She won’t be able to meet with Speaker Nabih Berri given her tight schedule.

Gafo said that Jimenez will stress to Lebanese leaders that Spain is keen on a balanced Lebanese cabinet that respects Lebanon’s international commitments, including the Special Tribunal for Lebanon.