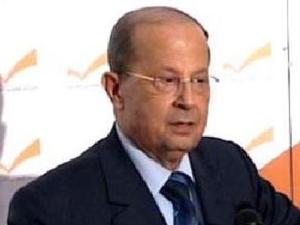 Free Patriotic Movement leader MP Michel Aoun criticized the March 14 rally held on Sunday saying that the movement will be short lived and that its slogans against the resistance’s arms “lack longevity”.

He told As Safir in remarks published on Tuesday: “No matter what caretaker Prime Minister Saad Hariri does, he will realize that he won’t achieve anything because he is waging a losing battle.”

Addressing his recent statements that slain former PM Rafik Hariri is a “loss for the Hariri family”, Aoun responded that the Mustaqbal movement and its allies “have been accusing us for years of something we haven’t done.”

“They turned the people against us during the last parliamentary elections under the claim that whoever votes for us is voting for murderers,” he said.

“This mentality of assumptions is still ongoing under various guises,” the MP continued.