Hundreds Protest in Tripoli against Wahhab's Remarks on Saudi Women 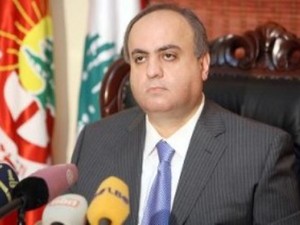 Hundreds of angry protesters took to the streets in the northern city of Tripoli Tuesday, burning tires and blocking roads in protest against Tawheed Movement leader Wiam Wahhab's recent remarks on Saudi women.

Around 500 protesters gathered and chanted "There is no God but God" and "Wiam, you pig; you should be chained down."

Around 300 more protesters burned tires and pictures of Wahhab, who last week derided Saudi Arabia for dressing its women in "trash bags," an allusion to the black niqab, in an interview on OTV.

Tripoli is Lebanon's second-largest city and is considered the stronghold of the country's Sunni Muslim community, which is the majority in Saudi Arabia.