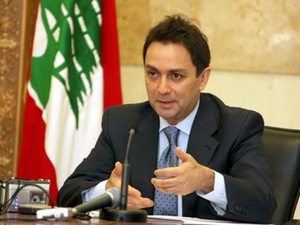 The interior ministry expressed Tuesday "extreme regret over the breach of the (U.N.) investigation's confidentiality through publishing information and sometimes proceedings which are supposed to be confidential," after a report published by The Daily Star newspaper accused Interior Minister Ziad Baroud of "procrastination" in responding to requests by the Special Tribunal for Lebanon.

As the ministry criticized media leaks, it stressed that it will continue to perform its duties, asking the caretaker cabinet to address the issue "as no minister should be unwarrantedly accused in light of the split in the country over such a major topic."

In a letter addressed to The Daily Star, the ministry noted that the published material "raises concern regarding the fate of the classified information," calling on STL Prosecutor Daniel Bellemare to "open an investigation into the leaks … to prevent political exploitation."

"To provide a copy of the fingerprints records kept by the Ministry of Interior, preferably in an electronic version," the ministry quoted STL's application as saying.

"The ministry responded in writing, noting that the application included, in the formula used, a request for more than four million fingerprints" available at the ministry, asking the investigators "in the same memo to limit their request to a reasonable number that would serve the investigation," the interior ministry said in a statement.

It revealed that the investigators "responded to this suggestion and obtained hundreds of fingerprints," noting that "the investigators asked to compare the electronic version of the fingerprints with their hard copies, whose number exceeds four million and which have been kept since 1996, unfortunately in a random manner, in two depots."

"The investigators inspected the depots and realized that the process of collecting all the files needed would require the sorting and the archiving of the documents, which would require a long time, expertise and financial resources," the ministry added.

"These circumstances had led to an inevitable delay, which cannot be considered as procrastination," the ministry stressed.

The ministry insisted that it had met all requests for interviewing its employees by the investigators.

As to the issue of birth certificates requested by the STL, the ministry said that the request was being processed.

Earlier, The Daily Star quoted a source close to the probe into ex-PM Rafik Hariri's murder as saying that Bellemare has narrowed down his requested fingerprint records to only 10 individuals and 24 birth certificates.

Last month, the newspaper said that Baroud and three other caretaker ministers turned down requests from Bellemare to provide information and documents, in breach of the cooperation protocol signed with the U.N.

A new document obtained by The Daily Star and a source close to the investigation said Bellemare's office had initially requested access to Lebanon's fingerprints records in 2009 but later refined his request to 900 records before narrowing it down to just 10 records and 24 birth certificates by late last year.

An interior ministry source confirmed that the ministry had not responded to the initial request "because it concerns individuals and it was highly sensitive."

The majority of Bellemare's requests were about interviewing some witnesses in several departments that were affiliated to the ministry. These requests were answered with reservation and the STL was only given copies of some documents and not the originals, said the daily.

Other requests concerning the Department of Personal Civil Status Affairs at the ministry, which were more complex, especially those in two letters sent by Bellemare's office on Nov. 6, 2009, and Nov. 11, 2010, were still pending, sources told The Daily Star.