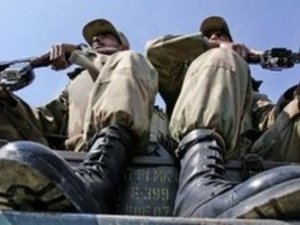 A U.S. drone strike in Pakistan's lawless northwest tribal belt on Wednesday killed at least five militants, security officials said, as the covert campaign steps up in the border region.

The strike took place in Datta Khel town, 25 kilometers west of Miranshah, the main town in North Waziristan tribal district, which borders Afghanistan and is a stronghold of al-Qaida-linked Taliban militants.

A security official in northwestern Peshawar city told AFP a militant compound had been targeted."We are not clear about the identities of the militants," he said.

The U.S. drones, which operate with the tacit consent of Islamabad but fuel anti-U.S. sentiment throughout the country, have mounted increasing attacks lately, pummeling the area believed to hide key Taliban-linked militants.

Missile attacks doubled in the area last year as the covert campaign was stepped up, with more than 100 drone strikes killing over 670 people in 2010 compared with 45 strikes that killed 420 in 2009, according to an AFP tally.

The last strike was on Monday when at least three militants were killed, according to security officials, in a U.S. missile strike on a vehicle in a tribal town near the Afghan border.

Despite pressure from Washington, Pakistan has stalled on launching such an offensive in North Waziristan, saying its troops are already overstretched.

Wednesday's attack was launched hours before a Pakistani court is scheduled to resume the hearing of a CIA contractor in a double murder case that has ruptured relations between the United States and its wary nuclear-armed ally.

The hearing in the murder case against American Raymond Davis is due to take place in Kot Lakhpat jail in Lahore, where he is being held, as U.S. authorities continue to press for his release on grounds of diplomatic immunity.

The United States does not confirm the drone attacks, but its military and the Central Intelligence Agency (CIA) operating in Afghanistan are the only forces that deploy them in the region.

The missile strikes cause widespread resentment among the Pakistani public, who see military action on their soil as a breach of national sovereignty.

U.S. officials say Pakistan-based militants are helping to escalate the war in Afghanistan, putting up a deadly fight against 140,000 U.S.-led NATO troops there and seeking to bring down the Western-backed government in Kabul.