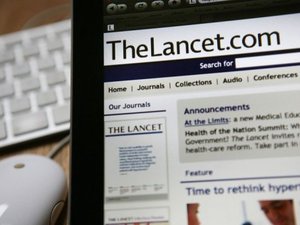 Tinnitus, an incurable ringing in the ears that can wreck the lives of those that suffer from it, can be significantly eased by a new combination of therapies, The Lancet reported on Friday.

The approach uses psychological training and audio therapy in small groups to reduce distress and refocus the mind so that it does not dwell on the sound.

Dutch researchers tested it on 245 adults with tinnitus while 247 others were given "usual care," meaning they were referred for standard counseling at a hearing clinic.

After 12 months, patients in the specialized care group had an average improvement of 33 percent in problems caused by severe tinnitus, compared to a gain of 13 percent in the "usual care" group.

The specialized care group also saw significant improvements in quality of life and distress, as measured by scientifically validated questionnaires.

The research was led by Rilana Cima and Johan Vlaeyen at Maastricht University.

"We do nothing about the sound per se," Cima told Agence France Presse.

"Even though people still hear the sound after the intervention, they say they feel cured. I say to my patients, 'tinnitus has to be like the shoe on your foot -- it has to be something that you can continuously feel if you want to, but you don't (feel it) if you make it neutral."

Up to a fifth of adults are affected by tinnitus at some point in their life, but treatments are costly and there is no benchmark of proof to show whether they are effective or not.

Cima acknowledged that the therapy seemed expensive, given that it required the help of several specialists working in small groups over a long time.

"It is costly, but we have done an extensive economic analysis and from a societal perspective, it is only slightly more costly than usual care," she said.

In a commentary, German tinnitus specialist Berthold Langguth of the University of Regensburg, said the individual techniques used in the Dutch research were not new in themselves.

What was novel, he said, was the way treatments were put together in a multidisciplinary team whose results were then scrutinized with rigor.

While not a cure, the experiment was greatly beneficial, marking "the end of therapeutic nihilism" towards tinnitus, he said.