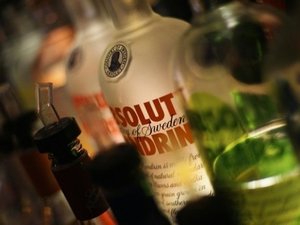 Scotland on Thursday became the first part of Britain to introduce a minimum price for alcohol in an attempt to change its unhealthy relationship with booze.

Alcohol will be sold at a minimum price of 50 pence (81 U.S. cents, 63 euro cents) per unit after lawmakers voted 86 to one in favor of the act. The measure could come into effect from next April.

"This policy will save lives -- it's as simple as that," Health Secretary Nicola Sturgeon said.

"It is time to turn the tide of alcohol misuse that for too long has been crippling our country," she added.

"Minimum pricing will kick start a change by addressing a fundamental part of our alcohol culture -- the availability of high-strength, low-cost alcohol."

In recent years, Scotland has made efforts to tackle its health problems. It was the first part of the United Kingdom to outlaw smoking in public places, doing so in March 2006.

Scottish lawmakers have already banned discount deals such as two for the price of one on bottles of wine, restricted "irresponsible" drinks promotions and advertising around premises, and set a requirement for age verification.

One unit in Britain is 10 milliliter’s of pure alcohol. A double pub measure of spirits, a pint of low-strength beer and a medium glass of wine each contain around two units.