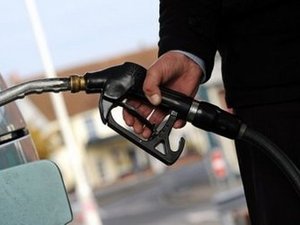 Oil prices rose to above $98 a barrel Wednesday in Asia as fears that clashes in Bahrain and Libya could further disrupt crude supplies outweighed concern Japan's disaster will crimp demand.

Benchmark crude for April delivery was up 97 cents at $98.15 a barrel at late afternoon Singapore time in electronic trading on the New York Mercantile Exchange.

Demostrators in Bahrain said at least two people were killed Wednesday when troops and police battled with anti-government protesters. On Tuesday, about 1,000 soldier from Saudi Arabia entered Bahrain at the request of the government to help quell the uprising.

Meanwhile, month-long fighting between government and rebel forces in Libya has cut most of the OPEC nation's crude production.

"The market should be more focused on the Middle East," said Ben Westmore, commodities economist with National Australia Bank. "I don't see too much more downside to the oil price from here."

"The price falls we've seen in the last couple of days aren't justified given that events in the Middle East continue to simmer along and threaten global oil supply."

Crude dropped $4.01 to settle at $97.18 on Tuesday as Japan struggled to control a damaged nuclear plant and cope with a devastating earthquake and tsunami.

Global investors have fled riskier assets after a massive quake and tidal wave demolished Japan's northeast coast and killed an estimated 10,000 people. On Wednesday, Japan suspended operations to keep a stricken nuclear plant from melting down after surging radiation made it too dangerous to stay.

There is "a broad based de-risking across most equity and commodity markets in conjunction with the tragic turn of events in Japan," Ritterbusch and Associates said in a report. "Japanese economic uncertainties are bearish for crude."