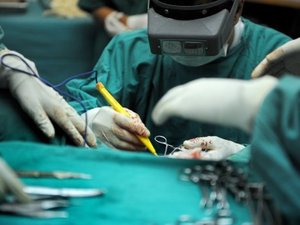 Until now such operations were only offered in private clinics at a cost of $20,000 to $30,000, but will now be performed in public hospitals in the capital Santiago, Concepcion and Valparaiso, he said late Thursday.

Before the reforms, "a poor person had no possibility of completing the process of feminization or masculinization," Rolando Jimenez, head of the Movement for Homosexual Integration and Liberation (Movilh), told Agence France Presse.

The cost will now depend on the patient's income bracket, with the poorest citizens able to get the operations for free.

The South American country of 17 million people has an estimated transsexual population of 3,000 to 4,000, according to Movilh.

The health ministry enacted other measures to prevent discrimination, ruling that blood banks cannot refuse donors based on sexual orientation and that transsexuals should room with patients of their desired gender in hospitals.

Chile recently passed a law against sexual and religious discrimination, and the legislature is discussing a bill to regulate domestic partnerships, including those between homosexuals.