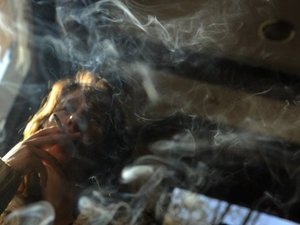 Australia said Friday it would "vigorously defend" itself against complaints about its plan for plain cigarette packaging made by Honduras and Ukraine to the World Trade Organization.

The action was launched by Ukraine at the WTO in March and Honduras joined the following month, according to the global trade arbiter.

While Honduras is a tobacco producer, the motives for opposition by Ukraine -- a nation of heavy smokers with a large tobacco industry but no direct trade with Australia -- were unclear.

If the dispute cannot be resolved through consultation Ukraine and Honduras can request formal adjudication through a WTO panel, which could force Canberra to scrap the legislation.

The cigarettes packaging plan is also currently subject to a challenge by several tobacco giants in Australia's High Court. Hearings concluded last month but a ruling is yet to be delivered.

The government has said it is confident it will see off the challenge to the law, which will see all cigarettes sold in the same drab olive-green packets with graphic health warnings from December 1.

Australia is the first country to mandate plain packaging, but the ground-breaking move is being closely watched by other countries considering similar approaches, including Britain and Canada.

Neighboring New Zealand last month announced it had agreed "in principle" to go ahead with laws mandating similar plain packaging, as part of a wider strategy to stamp out smoking in the country by 2025.

Australia estimates it has 15,000 deaths each year from tobacco-related illnesses.