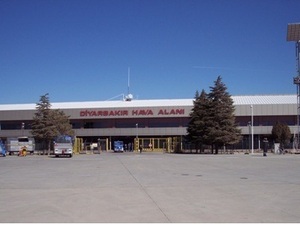 The plane landed following an order from the Turkish foreign ministry citing suspicion of military or nuclear related cargo on board, the sources said.

The plane was still grounded at Diyarbakir airport on Wednesday where the search was ongoing, according to an Agence France Presse correspondent at the scene.

The plane took off from Tehran on Tuesday night bound for the Syrian city of Aleppo, Anatolia news agency reported.

Two Turkish F-16 fighter planes were put on standby to intervene if the Iranian plane did not obey the orders of Diyarbakir airport officials, security sources said.