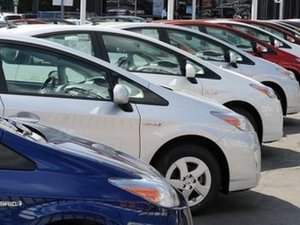 Toyota said it would resume partial production of car parts at seven plants in Japan on Thursday, after suspending all factories following the nation's biggest ever earthquake.

The plants will first begin making replacement parts for the domestic market, and on Monday restart production of parts to supply to its overseas factories.

Toyota has 22 plants in Japan, directly operating 12 of them.

A Toyota spokesman said the company did not know when it would resume production at its other plants that make cars.

The spokesman added Toyota Tohoku, a new plant in Miyagi, suffered minor damage in the quake but was not affected by the tsunami that followed.

Toyota shares closed 9.13 percent higher on Wednesday while the broader Nikkei index staged a rebound from a two-day sell-off that had seen it slide 16 percent.

With rolling power cuts planned for Japan, companies from big producers to suppliers of key components have shut plants. World markets tumbled Tuesday on fears for the global supply chain.

In the aftermath of the biggest ever earthquake to hit Japan on Friday, Toyota had said it would suspend all production until at least Wednesday.