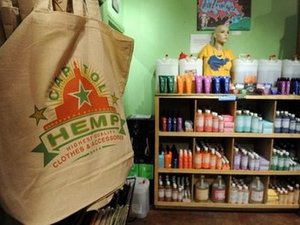 Australia's food watchdog said Wednesday it may lift its ban on food derived from hemp, with the man pushing for change promising cannabis ice-cream if successful.

Hemp foods are widely available in many overseas markets, including Europe, Canada and the United States, and deregistered Sydney doctor Andrew Katelaris has applied for the rules to be overturned in Australia.

Katelaris, who was struck off for supplying medical marijuana to patients, said the seeds of industrial hemp contained more Omega 3 acids than seafood.

"Our vision is that anything you can do with soy beans or dairy you can do better with hemp seed."

Food Standards Australia New Zealand has conducted a safety assessment to determine if there were any risks associated with eating hemp foods, and found none.

"Hemp seeds, which are the main part of the hemp plant utilized as a food source, have a favorable nutritional profile and may offer an alternative plant source for a range of nutrients," it said on its website.

But it remains concerned that advertisers could claim that hemp foods have psychoactive properties and that consumption of them could result in positive drug test results.

"These issues need to be discussed by the broader community, including, consumers, the hemp industry, food regulators and other interested parties," it said, adding that it was seeking public comment.