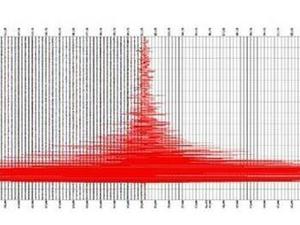 A strong 6.5 magnitude earthquake struck off the Pacific island nation of Vanuatu on Thursday, the U.S. Geological Survey said, but no widespread tsunami warning was issued.

However, the Hawaii-based Pacific Tsunami Warning Center issued a bulletin saying the shallow quake could have the potential to generate a local tsunami and urged local authorities to be vigilant.

"No destructive widespread tsunami threat exists based on historical earthquake and tsunami data," the centre said.

"However, earthquakes of this size sometimes generate local tsunamis that can be destructive along coasts located within a hundred kilometers of the earthquake epicenter."

The quake hit 77 kilometers northwest of the nation's capital Port Vila at 1:48pm (0248 GMT) at a depth of 26.6 kilometers, the USGS said. There were no immediate reports of damage.

"We felt the quake but it wasn't too strong, we are used to them," Cedric Kapen, duty manager at the Iririki Island Resort in Port Vila told Agence France Presse. "There was no damage here or danger to guests."

Vanuatu is on the Pacific "Ring of Fire," which on Friday saw a 9.0 magnitude quake and tsunami strike off the coast of Japan, causing massive devastation.