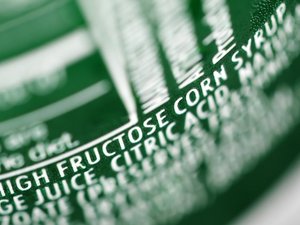 U.S. regulators Wednesday denied a request to change the name of high-fructose corn syrup to merely "corn sugar," in a high-profile dispute between two industries.

The effort to change the name comes amid controversy over the sweetener, which is at the epicenter of a dispute over a possible link to obesity.

The Food and Drug Administration said in a ruling that the corn industry failed to back up its request for the name change.

Landa said there is already a solid corn sweetener, called dextrose, and that the liquid corn sweetener contains some ingredients that might adversely affect people "with hereditary fructose intolerance or fructose malabsorption."

The regulatory battle between Big Sugar and Big Corn coincides with a public relations battle.

The FDA affects food labeling but does not prevent advertisements describing "corn sugar," at least according to the corn industry.

"The FDA's ruling represents a victory for American consumers," said Dan Callister, an attorney for the sugar industry.

"It reaffirms what most consumer advocates, health experts and policy officials have been saying all along: only sugar is sugar. HFCS is not sugar. The next step is for the federal court to end the (the corn industry's) misleading propaganda campaign."

But the Corn Refiners Association said the FDA made its decision on "technical grounds" and did not rule on the issue of whether high fructose corn syrup is nutritionally the same as other sugars.

"The fact remains -- which FDA did not challenge -- that the vast majority of American consumers are confusped about HFCS," said corn association president Audrae Erickson.

"Consumers have the right to know what is in their foods and beverages in simple, clear language that enables them to make well-informed dietary decisions."

The two sides have offered contradictory scientific studies. A 2008 report by the American Medical Association which concludes that it is "unlikely" that high-fructose corn syrup contributes more to obesity or other conditions than sucrose.

But a 2011 study cited by the sugar industry from the journal Metabolism concludes the fructose corn syrup leads to "significantly different acute metabolic effects" than plain sugar.

Some have linked the obesity epidemic to consumption of processed foods and soft drinks which use corn syrup in place of costlier cane or beet sugar.

The corn industry petitioned the FDA for permission to use the term "corn sugar" instead of high fructose corn syrup. But in the meantime it has launched television and print ads hoping to gain public support, on free speech grounds.

The campaign cites experts saying there is no difference between various sugars in terms of metabolism, calories or other nutritional values.

"Whether it's corn sugar or cane sugar, your body can't tell the difference. Sugar is sugar," one ad says.