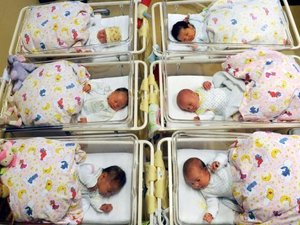 A simple, cheap dose of zinc helps the recovery of newborns suffering from bacterial infections such as pneumonia and meningitis, according to an Indian study reported on Thursday in The Lancet.

Doctors gave 10-milligram daily supplements of zinc to 332 babies who were being given antibiotic treatment at hospitals in New Delhi, and compared the outcome against 323 infants who were given a placebo as well as antibiotics.

The three-year probe, running from 2005 to 2008, focused on babies aged between one week and four months.

Compared to the non-zinc group, children who were given the supplements were 40-percent less likely to experience treatment failure.

This was defined as needing a second course of antibiotics within a week or intensive care, or culminating in death, the study found.

In the zinc group, 34 treatment failures occurred, compared to 55 in the placebo group.

Use of zinc also reduced the number of deaths, but not by a margin considered statistically significant.

"Zinc is an accessible, low-cost intervention that could add to the effect of antibiotic treatment and lead to substantial reductions in infant mortality," said lead researcher Shinjini Bhatnagar from the All India Institute of Medical Sciences.

The benefit would be highest in developing countries where several million children die from infection each year and where second-line antibiotics and intensive care may be unavailable, he said.

Zinc can be easily administered, either as a syrup or as a soluble tablet, according to the investigation.

Still unclear is why zinc works. One theory is that the mineral has a moderating influence on the immune system, preventing over-inflammation that disrupts drug therapy and leads to tissue injury.