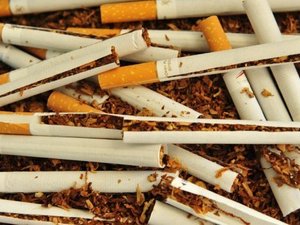 Nearly 300 stores in the Gulf emirate of Dubai will ban the sale of cigarettes for 24 hours on Thursday to mark the World No Tobacco Day, local media reported.

"In Dubai, nearly 300 outlets including petrol stations and supermarkets will stop selling tobacco for 24 hours," reported English daily, The National.

Another daily, 7Days, said the move was to spread awareness about smoking hazards.

"The move is aimed at spreading awareness about the dangers of cigarette smoking to make people think about tobacco consumption as it kills millions of people and affects public health," the daily quoted Redha Salaman, director of public health and safety at Dubai municipality, as saying.

"One in four deaths is linked to smoking-related diseases" in the United Arab Emirates, another local daily, Gulf News, quoted a hospital official as saying.

The sale of cigarettes in Dubai is prohibited to anyone below 20 years of age and public smoking is banned in the emirate, including in hotels, restaurants, cafes and offices.