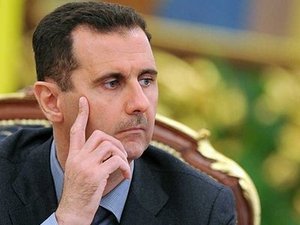 A Facebook page, one of the motors behind an unprecedented string of protests in Syria, called for a Saturday rally in the city of Homs, north of Damascus.

The Facebook group -- which has called several days of protest with different degrees of success -- disclosed the location of the demonstration in advance, a bold gesture in a country infamous for its tight grip on security.

"The rallies begin at noon in Homs at the Dalati mosque and gathering points are the streets and souks there," read a statement by The Syrian Revolution 2011 posted on the social networking site.

The group, which also carries an Arabic version of its title translating as "The Syrian Revolt against (President) Bashar al-Assad," has almost 55,000 fans.

The fresh call for protests came one day after rights groups reported that security forces killed four people and wounded hundreds in a rally in the southern city of Daraa.

Demonstrations on Friday marking a "Day of Dignity" were also reported in the coastal town of Banias and in Homs.

In Damascus, Agence France Presse reporters saw plain-clothes police dragging away at least two activists who had apparently began to chant "freedom" after prayer at the main mosque.

Syria's state news agency SANA confirmed violence and "acts of sabotage" had broken out in Daraa, where the killings were reported, and said security forces had intervened to control the situation.

An unofficial group that has dubbed itself "the March 15 revolution," after the first of four days of impromptu rallies, posted on Saturday a statement on Facebook holding the state responsible for the deaths.

"We also announce that we will continue our peaceful protests to demand freedom ... and the release of prisoners of conscience," it said.

The group also issued a call for protests in all Syrian cities on Saturday at noon "in the souks, which will be crowded."

Small protests have erupted since March 15 in the Old City of Damascus, demanding the release of political prisoners and reforms in the country, amid a wave of popular uprisings across the Middle East.

Syrian authorities on Thursday charged 32 activists with attacking the reputation of the state, the Syrian Observatory for Human Rights said.

The rights group said the 32 had been detained during a rally the day before outside the interior ministry.

Human Rights Watch has confirmed the detention of 18 activists in Wednesday's rally.

The United Nations has denounced the crackdown as "unacceptable" while the United States said it "strongly condemns" the violence.