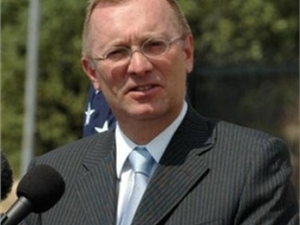 Feltman has just stood down as U.S. assistant secretary of state for near eastern affairs. In his new position he will help form U.N. policy and mediation efforts on the Middle East peace process and other conflicts.

He takes over as head of the political affairs department from another American diplomat, B. Lynn Pascoe.

Feltman speaks Arabic, French and Hungarian and has previously been U.S. ambassador to Lebanon.

So much for the UN being a neutral, fair and balanced organization.