March 14 Snaps Back at Nasrallah: He Abolished the Constitution 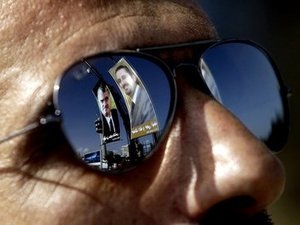 A March 14 source criticized Hizbullah leader Sayyed Nasrallah, telling An Nahar daily that the party chief spoke as if he was behind all freedoms in Lebanon. “He abolished the constitution and the state.”

In remarks published Sunday, the source mocked the Hizbullah chief, saying Nasrallah believes that “all Lebanese should thank him for allowing them to express their opinions.”

Nasrallah further believes that he is “the source of all authorities and freedoms and that Hizbullah is the only authority and not the state,” the March 14 official said.

Nasrallah said during a rally in Beirut’s southern suburbs on Saturday that the sixth anniversary of the Cedar Revolution at Martyrs Square was violence free, hinting that Hizbullah would not use its arms against the Lebanese as claimed by the March 14 alliance.

“Alongside the army and the Internal Security Forces, the Resistance remained watchful throughout the night to protect the security of those who were cursing it,” he noted.

The March 14 source also said that Caretaker Premier Saad Hariri would visit other Lebanese regions following his trip to the northern port city of Tripoli where he campaigned against Hizbullah’s arms.

Al-Mustaqbal movement official Mustafa Alloush told Voice of Lebanon radio station on Sunday that if the Special Tribunal for Lebanon’s indictment had no value as claimed by Nasrallah, it wouldn’t have been the major “preoccupation” of the March 8 forces.

Alloush considered a “threat” Nasrallah’s remark on “let no one interfere in the issue of arms.”