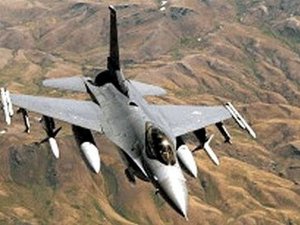 The plane, a civilian Ilyushin, landed on Saturday night on the orders of the Turkish authorities. Military fighter planes were on standby in case the plane refused to comply.

An inspection of the plane is on-going to check whether the aircraft has any illicit or military material on board, security sources added.

After a search lasting several hours, the plane was found to be carrying 150 tons of food but "no material contrary to international standards," security sources said.

The plane was then allowed to continue on to its destination.

The U.N. nuclear watchdog agency has been probing allegations since 2008 that Syria had been building an undeclared reactor at a remote desert site called Dair Alzour until it was bombed by Israeli planes in September 2007.

Damascus granted U.N. inspectors one-off access to the site in June 2008 but no follow-up visits.

Earlier this month, the head of the Vienna-based International Atomic Energy Agency, Yukiya Amano, complained that Syria "has not cooperated with the agency since June 2008."