1 Killed, 100 Injured as Police Fire on Thousands of Protestors in Syria’s Daraa 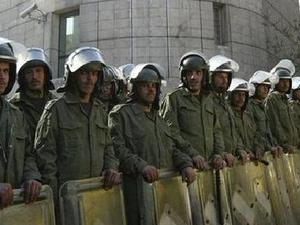 One person was killed and more than 100 people were wounded as Syrian security forces fired live bullets and tear gas at thousands of demonstrators in the town of Daraa on Sunday, a human rights activist at the scene said.

"The security forces backed by police fired live rounds at the demonstrators, numbering more than 10,000," the witness told Agence France Presse by telephone. "They are also firing tear gas mixed with toxic products."

He said tensions in Daraa, where rights groups said four demonstrators were killed in clashes with security forces on Friday, had turned the southern town into a "volcano."

The latest casualties were being evacuated to the town's Omari mosque, which has turned into a "field hospital," the activist said, declining to be named.

A Syrian official said Saturday that President Bashar Assad was sending a delegation to Daraa to offer his condolences to families of the victims.

One of the activists in Damascus said Daraa residents were angered when the delegation went to offer condolences, and took to the streets in massive numbers.

He said thousands of people were chanting "Those who kill their people are traitors!"(AFP-AP)