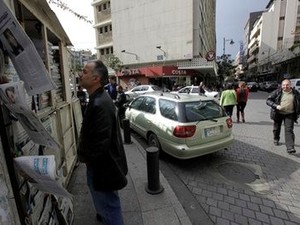 The delay in the formation of the government does not amount to a political crisis, well-informed sources told As Safir daily as sources close to Premier-designate Najib Miqati and Speaker Nabih Berri confirmed that this week will be decisive.

The sources of Miqati and Berri told pan-Arab daily al-Hayat in remarks published Monday that optimism on a possible cabinet formation this week was linked to the level of mediation by Miqati’s allies to solve the deadlock created by Free Patriotic Movement leader Michel Aoun’s demands.

However, sources following the cabinet formation said that Hizbullah is not pressuring Aoun to review his conditions. “It is seeking to find common ground.”

They said that despite the mediation of Hizbullah’s Minister Mohammed Fneish for agreement between Aoun and Caretaker Interior Minister Ziad Baroud during a meeting in Rabiyeh last week, the FPM leader continued to hold onto the interior ministry portfolio.

Despite the impasse, Miqati will intensify efforts this week to reach agreement on the cabinet makeup, a political adviser to the premier-designate, Khodor Taleb, said.

“Miqati is very satisfied with the consultations he has held on the formation of the government. Intensive meetings will be held this week with the main parties who will join the government with the aim of speeding up its formation,” Taleb told the English-language newspaper The Daily Star.

A senior March 8 source also confirmed that the formation of the government was no longer far off. “Solving the problem over the interior ministry portfolio will clear the way for the government’s formation,” the source said.

As Safir’s well-informed sources said that a top official could meet with Aoun in Rabiyeh in an attempt to break the deadlock over the portfolio.