WikiLeaks: Saniora Predicted that Hizbullah Would Vanish from South 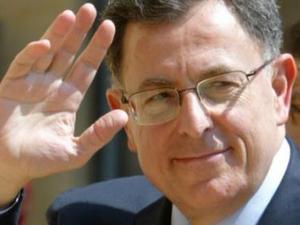 Former Premier Fouad Saniora expected Hizbullah to disappear from the south, saying it couldn’t lie “in the same bed with the Lebanese army and UNIIFL,” said a WikiLeaks cable published by al-Akhbar daily on Monday.

According to the cable, Saniora told ambassadors of the permanent members of the U.N. Security Council on August 14, 2006 that he had given Hizbullah a chance “to disarm immediately or after the Israeli withdrawal or hand over its arms to the Lebanese army.”

The ex-prime minister also said that making promises to the Shiite party to solve the issue of the Israeli-occupied Shebaa Farms would help disarm Hizbullah.

According to WikiLeaks, Saniora promised former U.S. Ambassador Jeffrey Feltman to take extra measures at the Beirut airport and at seaports to prevent smuggling.

However, he said: “I won’t be chasing ghosts because 99.9 percent of smuggling is taking place through the Lebanese-Syrian land border.”

“The smugglers are not stupid for them to use the airport or seaports,” Saniora added.