WikiLeaks: Gemayel Said Hizbullah Victory in War Will be a Disaster for Lebanon 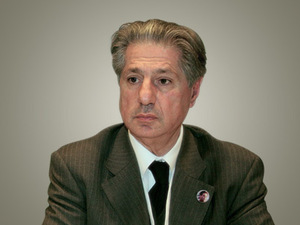 Phalange Party leader Amin Gemayel believed that Hizbullah’s victory in the July 2006 war would be a “disaster” for Lebanon, revealed a leaked U.S. Embassy cable published exclusively in Al-Akhbar on Monday.

The WikiLeaks cable spoke of a meeting between Gemayel and then U.S. Ambassador to Lebanon Jeffery Feltman during which the former explained that a Hizbullah victory would allow the party to completely control Lebanon and empower its Iranian and Syrian allies in the region.

He added that Hizbullah chief Sayyed Hassan Nasrallah “fooled everyone during the national dialogue and as a result, the Lebanese people have started to turn against him.”

“The Christians, Sunnis, Druze, and even the Shiites have had enough,” he declared.

Gemayel accused the MP of being opportunistic, explaining that he is committing to his alliance with Hizbullah and Syria because he is banking on them having the upper hand in the Lebanese crisis.

Furthermore, the Phalange leader said that Aoun had cooperated with the Israeli Mossad during the Lebanese civil war and he is now allied with Hizbullah and Syria because he believes that they may fulfill his wish of becoming president.

If he does not distance himself from Hizbullah and Syria, then he will soon be marking the end of his political career, he added.