Moussawi: Other Camp Seeking to Prevent Miqati from Forming Government 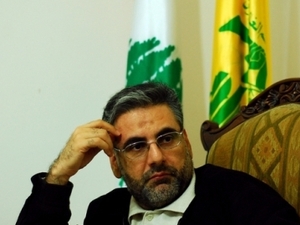 Hizbullah MP Nawwaf Moussawi accused the March 14 camp of seeking to thwart Prime Minister-designate from forming a new government, stressing that the Resistance is keen on establishing a strong and just state.

He said: “The March 14 forces’ current campaign is aimed at removing Miqati from his position, which is why they are inciting strife while world powers, headed by the U.S., are exerting direct pressure to prevent the formation of the government.”

“We should therefore exercise restraint to halt their plan and we will succeed because the change that was introduced in Lebanon cannot be reversed,” he noted.

“The other camp was banking on using power in order to weaken the Resistance and eliminate it and after it lost its power, it has no choice but to resort to instigating strife in order to topple Miqati,” the MP continued.

Furthermore, Moussawi said that the March 14 camp’s reliance on foreign assistance is costing Lebanon its sovereignty “where it will eventually become subject to a western ambassador or the so-called Special Tribunal for Lebanon.”

He noted that the WikiLeaks revelations on March 14 officials’ positions during the July 2006 war “revealed that they were willing to cooperate with the U.S. in exchange for protecting Israel in order for them to remain in power and achieve their interests.”

“They don’t believe that Israel is Lebanon’s enemy,” he added.