Safadi Warns Those Who ‘Betrayed’ him: Silence is Not a Form of Weakness 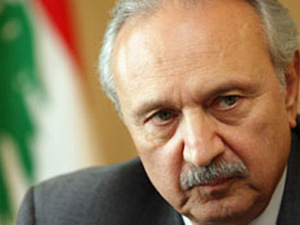 Caretaker Minister of Economy and Trade Mohammed Safadi criticized on Monday those who accused him of “betrayal” after Prime Minister-designate Najib Miqati’s election, warning that they should not consider his silence as a sign of weakness.

“Why haven’t they equipped the army enough so that it would be able to protect the country?” he asked.

“We support the legitimate arms, but given that the army is not being strengthened, we will not present a free gift to Israel and we will not deprive Lebanon of a power that we want incorporated into a defense strategy,” the minister added.

“We support the resistance against the enemy and we have never shied away from condemning the use of weapons on the internal scene and we reject any justification for such an action,” he continued.

Safadi demanded a halt to “accusations of treason, the falsification of facts, and manipulation of people’s feelings.”

“We reject strife even if they lure us into it and we insist on dialogue as the only way to settle disputes,” he stressed.