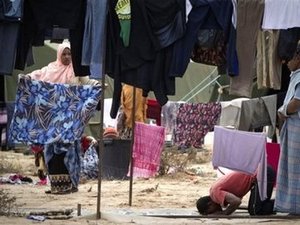 A man set himself alight Tuesday in Tunisia's Sidi Bouzid, where a self-immolation last year unleashed protests that toppled the president, as the U.N. chief was due to visit, a medical source said.

The 33-year-old suffered third degree burns and was admitted to hospital in a severe condition, the official said. The reasons for his protest were not yet clear.

The self-immolation in December of a fruit and vegetable seller sparked protests that swept the country, eventually forcing Zine El Abidine Ben Ali to quit after 23 years in power on January 14.

The overthrow of Ben Ali led to a wave of uprisings across the Arab world, including one that toppled Egypt's Hosni Mubarak last month.

U.N. chief Ban Ki-moon was due in Sidi Bouzid later Tuesday to meet the mother of the fruit seller, who later died of his burns.