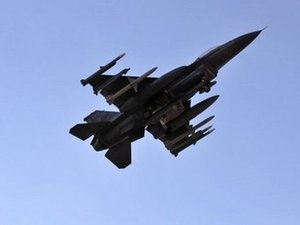 A U.S. F-15 jet crashed in Libya due to a technical fault late Monday while enforcing a no-fly zone and both its crew ejected safely, the U.S. Africa command said Tuesday.

"Two crew members ejected from their U.S. Air Force F-15E Strike Eagle when the aircraft experienced equipment malfunction over northeast Libya, March 21, 2011 at approximately 10:30 pm CET," the command, based in the western German city of Stuttgart, said in a statement.

"Both crew members ejected and are safe...The cause of the incident is under investigation."

A command spokeswoman, Nicole Dalrymple, told Agence France Presse that the crew had sustained minor injuries and that one had been recovered while an operation to pick up the second was ongoing.

She said the crash was not a result of hostile action and an investigation to determine the cause of the malfunction was underway.

The aircraft, based out of Lakenheath, England, was flying out of Aviano air base in northeastern Italy.

A senior U.S. general said the strikes begun on Saturday night could diminish but the U.N.-mandated no-fly zone would be extended to the whole country.