Saleh Warns of Civil War in Case of Yemen Coup 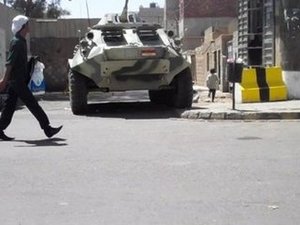 President Ali Abdullah Saleh warned on Tuesday of civil war in case of any attempted coup in Yemen, as pressure mounted for the embattled leader to step down.

"Any attempt to reach power via a coup will lead to a civil war in the country," Saleh said in an address to military commanders that was broadcast on state television.

Saleh warned of the "negative" impact of a split within Yemen's armed forces, a day after two soldiers were killed in a clash between rival military forces.

"Any division in the armed forces will have a negative impact on the whole country," Saleh said.