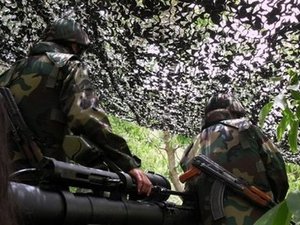 The Israeli army is reportedly preparing for the possibility that Syria might use Hizbullah to launch attacks on the Jewish state to divert attention from the growing protests against President Bashar Assad’s regime.

The Israeli daily Haaretz on Wednesday quoted intelligence officials as saying that despite their earlier assessments that the Syrian regime was stable, and the unrest sweeping the Arab world would not affect it, they now believe it will be very hard for Assad to restore the status quo ante.

But one senior Israeli officer said that the Syrian president appears to be too busy suppressing the domestic unrest to have time for a provocation on the Lebanese-Israeli border.

“So for now, most preparations are at the intelligence level, and there is currently no plan to beef up IDF forces along the border,” the officer told Haaretz.

Israeli President Shimon Peres, who toured the northern border with senior Israeli army officials on Wednesday, said: "The Iranians are investing $1 billion a year to bolster Hizbullah, at a time when there is unemployment and poverty in Iran.”

“They only seek to strengthen the Shiites in Lebanon. They have only one goal,” he said.