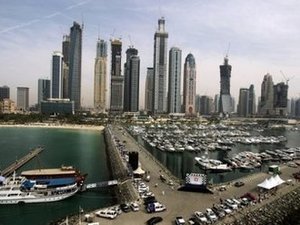 Dubai police have foiled a bid to smuggle 16,000 guns from Turkey to Yemen's northern province of Saada, the stronghold of Shiite rebels, the Gulf emirate's police chief said on Thursday.

Six Arab residents of the United Arab Emirates of which Dubai is a member have been arrested as "police foiled a major attempt to smuggle arms from Turkey to Yemen," Lieutenant General Dahi Khalfan told a press conference.

The consignment which landed in Dubai by ship for transit to northern Yemen was made up of 16,000 guns. It was bound for Saada, "we can't say to which side, but definitely not to the government," Khalfan said.

In what was the largest arms bust announced by the Emirates, Khalfan showed photographs of the shipment, concealed in cases in a container of furniture from Turkey.

An on-off revolt in northern Yemen since 2004 between Shiites and the Sanaa government, the target of mounting anti-regime protests over the past two months, has cost several thousand lives and displaced more than 250,000 people.