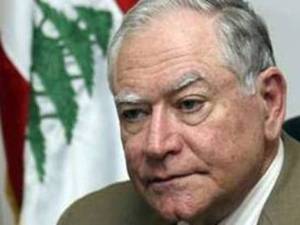 Caretaker Justice Minister Ibrahim Najjar said on Thursday that threats about the prosecution of some March 14 officials over WikiLeaks cables had political rather than legal dimensions.

“No one is taking the minutes (of the alleged meetings), there are no accurate dates, the content isn’t precise, and the translation” isn’t checked, Najjar told al-Mustaqbal newspaper in remarks published Thursday.

Najjar stressed that there was no new information on the release of the Lebanese prisoners held in Syria.

“We are all concerned about the Lebanese that went missing,” Najjar stated.

Asked about the Special Tribunal for Lebanon, Najjar responded that there is no information at this period.

“I have no data regarding the indictment’s release date,” he said.