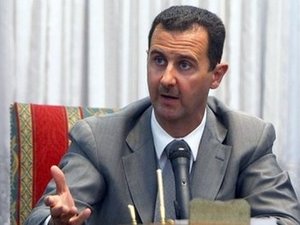 A leaked U.S. Embassy cable published exclusively in Al-Akhbar on Thursday reported Syrian President Bashar al-Assad as saying that Syria would enter a war with Israel should it invade Lebanon.

Assad informed his biographer American journalist David Lesch that the image of the invincible Israeli army was destroyed during the July 2006 war, said the WikiLeaks cable dated July 25, 2006.

Lesch quoted the Syrian leader as saying that if he were able to liberate the Israeli-occupied Golan Heights, then he would be viewed as a hero before the Syrian people.