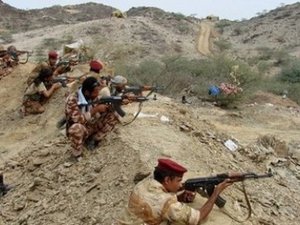 In what was the second such clash this week, medics said two members of the elite force and an army colonel were wounded as the two sides clashed in Mukalla at dawn.

The fighting pitted soldiers under the orders of a regional commander who has rallied to the side of anti-Saleh protesters, General Mohammed Ali Mohsen, and the Republican Guards, witnesses said.

On Monday, two soldiers were killed as the rivals also clashed near a presidential palace in Mukalla.

Yemen's embattled president, who has ruled the country for the past three decades, warned the next day that a split within the armed forces could lead to civil war.