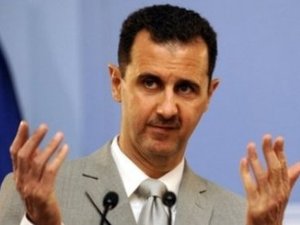 Syrian President Bashar al-Assad's government on Thursday said it may scrap an emergency law in place since 1963 and announced the release of all activists detained this month, following a week of deadly protests in the south.

"Under a directive by President Bashar al-Assad, all those detained in recent events have been freed," state television reported.

London-based rights group the Syrian Observatory for Human Rights confirmed the release of all detainees arrested in Daraa, a tribal city 100 kilometers south of Damascus that has emerged as the hub of the demonstrations.

The news comes hours after presidential adviser Buthaina Shaaban said the ruling Baath party had agreed to study the possibility of lifting the emergency law and announced a string of other reforms, including pay rises for state employees and possible licensing of political parties.

Pro-Assad demonstrators immediately took to the streets of Damascus, honking their horns and waving Syrian flags as well as pictures of the president and his father, Hafez al-Assad, who came into power in 1970.

Syria, the latest Middle Eastern country to witness an uprising against a long-running autocratic regime, has been hit by unprecedented protests demanding major change after almost five decades of rule by the Baath party.

The demonstrations began this month in Damascus but have been largely contained in the capital.

They broke out in force instead in Daraa, where activists reported more than 100 people killed on Wednesday alone in clashes with security forces.

Shaaban, who described protesters' demands as "just", on Thursday put the Daraa death toll during the week at 10.

She said Assad had chaired a meeting of the Baath, which agreed to look into a new media law granting "greater transparency and freedom" and was forming a committee to discuss with Daraa residents the week's events and to sanction those responsible.

"Every decision that is being made has taken into account the people of Daraa," she said.

"There are some demands and we will respond to these demands. Some of it will be very quickly. Some of it might take time and discussions.

"If there is a legitimate demand by the people then the authorities will take it seriously, but if somebody wants to just cause trouble then it is a different story," she warned.

Daraa itself resembled a ghost town late Thursday, with all shops and schools closed as thousands of soldiers and anti-terrorism units patrolled the streets.

Entrances to the city remained sealed off, with vehicles granted access having to negotiate separate checkpoints manned by armed plain-clothes forces.

The city's Omari mosque, where protesters had been holed up for a week, was also void of protesters, an Agence France Presse photographer reported.

Some authorities in Daraa have said the demonstrators were Salafists, an austere branch of Sunni Islam.

Activists have accused security forces of using live rounds against demonstrators in Daraa, where a doctor who had taken cover in an ambulance and an 11-year-old girl were reportedly among the victims.

The report could not be independently confirmed, but AFP reporters witnessed sporadic shooting in the town on Wednesday.

The United States, which had condemned the crackdown along with France, Britain and the United Nations, on Thursday said it was still waiting to see action from Syria.

"We were and obviously remain deeply troubled by the violence and civilian deaths, especially in Daraa at the hands of security forces," Toner said. "We're going to see what happens on the ground."