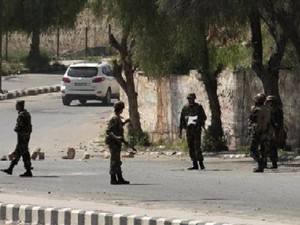 Syria has freed 260 political detainees, including Islamists and Kurds, who were being held at the country's infamous Saydnaya prison, rights groups reported Saturday.

"Syrian authorities have freed 260 detainees, mainly Islamists but also including 14 Kurds, in a move that comes as part of the promises authorities made recently to boost freedom in Syria," Abdul Karim Rihawi, president of the Syrian League for the Defense of Human Rights, told Agence France Presse.

Rihawi said most of the freed prisoners had served three-quarters of their sentences.

The London-based Syrian Observatory for Human Rights also announced that more than 200 prisoners had been released from Saydnaya.

An official contacted by AFP on Saturday could not confirm the report.

At least 13 people have been killed in protests this month demanding major reforms in the country, which has been ruled by the Baath party for close to 50 years.

The government of President Bashar al-Assad announced a string of reforms on Thursday, including the release of all activists detained this month and the possibility of ending emergency rule, in place since 1963.

But protesters have vowed to continue to hit the street until all their demands are met.