Crude Prices Down in Asia on ECB, China Rate Cuts 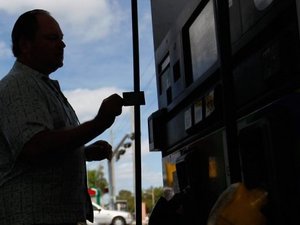 An expected slashing of interest rates by the European Central Bank (ECB) on Thursday coupled with a far more surprising rate cut by the People's Bank of China raised fresh questions about the state of the world economy, analysts said.

"The latest round of news of central banks in Europe and China cutting rates actually raised concerns about the European and Chinese economies," said Victor Shum, senior principal of Purvin and Gertz energy consultants in Singapore.

China -- the world's largest energy consumer -- had on Thursday surprised traders by announcing that its benchmark one-year lending rate was cut by 0.31 percentage points and the deposit rate by 0.25 percentage points.

"The market interpreted that news as trouble ahead in the Chinese economy," Shum said.

The ECB's slashing of its key rate to a record low 0.75 percent on Thursday also sent markets south by way of a weakening euro, he added.

"The announcement by the ECB to cut its benchmark interest rate also failed to inspire investors... (and) caused the euro to weaken and that made the dollar stronger and caused a selling of crude futures," Shum said.