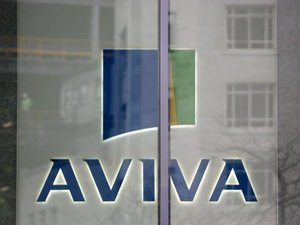 British insurer Aviva said on Friday it had sold another 21 percent of shares in Dutch unit Delta Lloyd for £318 million ($493 million, 398 million euros), one day after unveiling a large restructuring.

Aviva said it has placed 37 million Delta Lloyd shares at 10.75 euros per share, in a deal which slashes its holding from 41 percent to about 20 percent.

The group added that, after completion of the deal, Aviva's remaining stake will comprise approximately 34 million Delta Lloyd ordinary shares, equivalent to just below 20 percent of ordinary share capital.

In late 2009, Aviva had sold a large 42-percent stake in Delta Lloyd in an initial public offering on NYSE Euronext Amsterdam. The group subsequently offloaded another 15 percent of shares in May 2011.

Aviva is seeking to strengthen its capital base and share price after the shock resignation of its chief executive earlier this year.

CEO Andrew Moss sensationally quit in May as head of Aviva -- Britain's second biggest insurer after Prudential -- amid spreading shareholder revolts over pay for top managers viewed as underperforming.