Boeing Set For Farnborough Fight Back 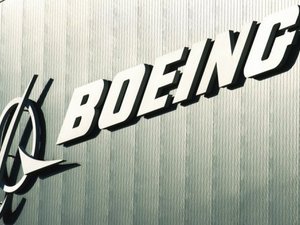 Boeing is set to steal a march over European rival Airbus at the Farnborough airshow which starts Monday, with the U.S. plane maker set to secure significant orders for its 737 MAX jet.

Boeing, which is lagging behind Airbus' in the short-haul plane market owing to big orders for the latter's new fuel-efficient A320neo, is expected to hit back at the biennial Farnborough event near London, analysts said.

Boeing's 737 MAX is an upgraded and more fuel-efficient version of the 737, the world's best-selling commercial airplane. The first 737 MAX is scheduled to be delivered in 2017 and is a response to the Airbus A320neo.

Airbus says the A320neo; due to enter service in late 2015, will use 15 percent less fuel than its current best performing A320 model.

"We believe orders at the airshow could come in above low expectations, in the range of 300-500 aircraft, primarily for Boeing's 737 MAX, as well as the conversion of prior commitments for the 737 MAX and other aircraft into firm orders," analysts at UBS bank said in a note to clients.

Ahead of the week-long Farnborough show, Australian budget carrier Virgin ordered 23 of Boeing's 737 MAX8 jets to replace the ageing 737-700 portion of its fleet.

Airbus also had some good news of its own -- last week announcing plans to open a factory on Boeing's home turf, a move that would see the firm roll out its first U.S.-built plane by 2016.

The new $600-million (485-million-euro) assembly plant, to be built in the southern port city of Mobile, Alabama, on the Gulf of Mexico, was to produce the mainstay A320 family of passenger planes.

Airbus estimates 4,600 new single-aisle aircraft are needed in the United States over the next 20 years.

"I don't think our customers really care where the planes are made," Boeing's new head of its commercial airplanes division, Ray Conner, told reporters on Sunday in response to Airbus' U.S. factory plans.

Ahead of Farnborough, Boeing also raised its 20-year forecast for global demand for airliners by $500 billion, with the market doubling to 34,000 aircraft worth $4,500 billion.

"We have a kind of dichotomy" in the commercial aviation sector, said independent analyst John Strickland. "Orders are incredibly strong in the years ahead but the big unknown is how the economy will bear up.

"Historically you have often found this mis-match where big orders have come in and by the time they are due to come through for delivery, economic conditions have been difficult and airlines have been struggling to use the planes," Strickland told Agence France Presse.

At Farnborough, the long-haul commercial sector will also be in focus, as Boeing seeks to counter Airbus' A380 superjumbo offer with its 747-8, an extended version of the successful 747.

Airbus, a subsidiary of the European Aeronautic Defense and Space Company (EADS), will also be looking to seal more orders for its A350, its response to the 787 Dreamliner, which is now flying after long technical delays.

The Farnborough show is a traditional battleground for Airbus and Boeing, but both manufacturers are facing increased competition from Brazil's Embraer and Canada's Bombardier for mid-range aircraft. China and Russia were also getting in on the act.

Farnborough also sees the announcement of orders for military jets but with governments slashing defense budgets to help reduce huge public deficits, major deals are set to be scarce.