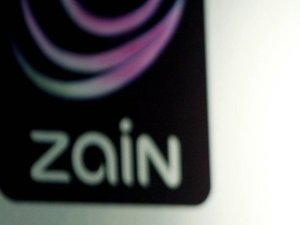 Kuwait's Zain telecom said Sunday its Iraqi unit has been fined $12,877 a day since September 1 for failing to list on the bourse but will seek to have the penalty that has reached $4 million scrapped.

"Iraq Zain has received a notification from the Communications and Media Commission stipulating a fine of $12,887 a day for delaying the listing of the company on Iraq Stock Exchange," Zain said in a statement.

Zain was given a deadline by August 31, 2011 to list, the company said in a statement posted on Kuwait Stock Exchange website.

"Iraq Zain tried to comply with the deadline but was unable to list for procedural conditions," it said. "Zain began contacting concerned authorities to explain its viewpoint and have the fine cancelled."

Zain is also considering available legal measures and other options regarding the fine, the company said. The amount of the fine has already reached $4.0 million so far.

The company said the other two foreign telecom operators, Asiacell, in which Qatar Telecom holds a majority stake, and Korek, in which France Telecom and Kuwait's Agility Logistics have stakes, were also fined.

Iraq Zain is the largest of the three mobile operators in Iraq with more than 12 million subscribers. It also operates in Saudi Arabia, Jordan, Bahrain, Lebanon and Sudan, in addition to Kuwait.