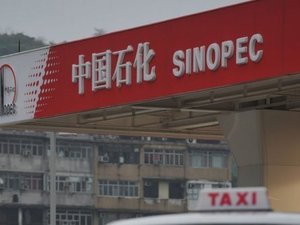 Two years after eclipsing Japan as the world's second-largest economy, China on Monday stole the number-two spot on the Fortune 500 list of the biggest global companies from its Asian rival.

In its annual revenue rankings, Fortune magazine said that China overtook Japan for the first time, landing 73 companies on the list compared with Japan's 68 companies.

"Although the U.S. still hosts the lion's share of Global 500 corporations, no country has lost more companies during the last decade. There are 132 U.S.-headquartered businesses on this year's list, down from 197 a decade ago," the U.S. business magazine said.

The rankings and composition of the list reflected the shifting global landscape as the United States faces mounting competition from foreign rivals.

China added 12 companies to the list this year, while the number of European firms fell to 161 amid the Eurozone debt crisis, from 172 in 2011.

Still, the magazine said, Tokyo hosts 48 Global 500 company headquarters, more than any other city. "Despite the Fukushima disaster and two decades of slow growth, it's way too soon to count Japan out."

Eight energy businesses dominated the Fortune 500's top 10. Commercial banks accounted for the second-largest industry on the Global 500 and the auto industry was in third place.

"Despite financial turmoil in Europe and disasters in Japan, the world's largest corporations had record profits and revenues in 2011," Fortune said.

Corporations around the world "continue to be adept at wringing productivity out of their workers," Fortune said.

Two Indian companies made the top 100 list: state-run Indian Oil, ranked at 83, and Reliance Industries, in the 99th slot.

U.S. gadgets giant Apple shot up 56 spots from last year, landing at number 55. The California-based maker of the hot-selling iPhone, iPad and other gadgets posted 2011 revenues of almost $108.3 billion, a 66 percent rise over 2010.