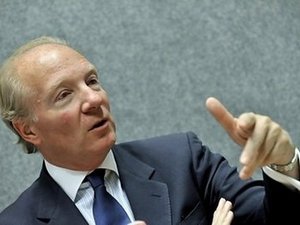 French Interior Minister Brice Hortefeux has become the latest senior official caught out by an embarrassing slip of the tongue, after he spoke on television of his "database of genital prints."

The recording of his appearance on a Sunday night political discussion show has since become a viral hit on the Internet, spreading almost as quickly as a similar slip made last month by former justice minister Rachida Dati.